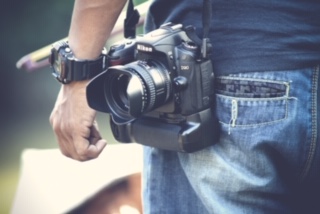 Wedding Photographer- Ever had that sinking feeling in the pit of your stomach when the delete button gets accidentally pressed, or the recycle bin just doesn’t have that file anywhere, and you’ve searched every hard drive in your office without success, and you finally realise that you’ve lost them, those wedding photographs – lost without trace. Forever.

These things really DO happen!

Last week I had a very panicky call from an existing client – an excellent wedding photographer who I know is the consummate professional and an amazing creative talent. About 18 months ago he was one of the first wedding photographers for whom I created some terms and conditions for his business.

He was stressing because something catastrophic had happened which was entirely out of his control, and he was, to put it mildly, in a pickle. An IT problem had meant that he has lost some of the photographs for a wedding client and they were irretrievable, despite his best efforts and an awful lot of time spent by his IT provider.

They were gone…into the ether…

So why was that?

Because his Terms and Conditions limited his liability in this circumstance to a fixed amount well within his insurance cover. He knew that whatever the losses claimed by the couple, as a result of his ‘cock -up’, his insurer would cover them, and the couple would be financially compensated because his T and C’s would lawfully limit the claim.

Panicked photographer salved, very upset couple getting some sort of compensation for this loss, insurer happy to deal within the terms of the policy and …..

……..contract provider Stanford Gould feeling a little bit smug about getting it right in the T and C’s.

If you need your contracts reviewed and your liabilities restricted, check out the contract templates here and please take some advice from us. Its complex, but if you get it right, it could be a life saver.